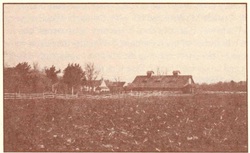 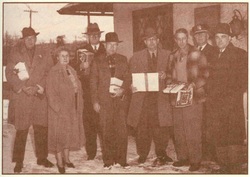 In 1888, a Boston Physician, Dr. Francis Weld and his wife Fannie, fell in love with the area and purchasedthe 364-acre tract. They established Interlaken Farm, named after a similar peninsula in Switzerland (Interlochen – between the lakes) that they had just visited.

In 1890, Dr. Weld formed the Interlaken Land Company to convert his farm into an exclusive residential community.  With the exception of Bridlemere, the east and west avenues ending in “mere” were named after lakes in England’s northern district.  The cross streets, Iona, Staffa, Westra, Scarba, Barra and Rona, were names from the Scottish Hebrides Islands in the Irish Sea.

The initial efforts to establish the community failed due to strict building codes that specified the construction of large dwellings only. The property then passed to the International Trust Company of Boston.  In 1905 they hired the Stormfelz-Lovely-Neville Company to continue building efforts.  As part of their vision for Interlaken, the new developers constructed the stately stone gates at the eastern entrance on Grasmere Avenue.