The Municipal Clerk's Office handles a wide range of services, including but not limited to the following:


What exactly is the function of the
Municipal Clerk?

Since the beginning of written history, the Municipal Clerk has been involved in local government processes. The Municipal Clerk, along with the Tax Collector, is the oldest of public officials. This office can be traced to biblical times and before. St. Paul and his followers during his missionary work in Persia owed their safety to the action of a Town Clerk. The Town Clerk spoke out against the mob threatening two of Paul's followers, insisting that charges laid against the men had to be settled in the proper manner and before proper authorities. Ancient Greece had a city secretary who read official documents publicly. The early keepers of the archives were called remembrancers and before writing came into use, their memory was public record. The title Clerk, derived from the Middle Ages, was limited to the clergy, and the name `Clerk' became synonymous with "scholar".


In the History of the Corporation of Old London, the Office of Clerk can be traced back to 1272. When the early colonists came to North America, they set up forms of local government to which they had been accustomed. The office of Clerk was one of the first established and so the position came to North America.
Over the years, Municipal Clerks have been a direct link between the inhabitants of their towns and their government. The Clerk is the historian of his/her community, for in their care rests the entire recorded history of political decision -making of the town and its people.

Clerk's Responsibilities:
In a democratic system, power ultimately resides with the governed. Only when the laws and actions are clearly set forth and the public record accessible can the people exercise their right of oversight. Thus, responsibility for creating and preserving the public record has been entrusted to an office without vested interest, political or economic in the outcome of decisions to the benefit of all concerned. The Clerk's function is very much entwined with the basic democratic principles.
h
As administrators of the legislative process, a Clerk's purpose is to ensure that these basic imperatives of democratic government are upheld throughout the process of governing. While other employees and elected officials must comply with democratic procedural requirements, the Clerk is accountable for the legislative procedures: maintaining open and fair processes for citizen access to information and the public record. Clerks help to clarify procedures and processes in dialogues that continually occur between administration, the Council, and the public. When viewed as impartial, the Clerk can also help to explain and in a sense, legitimize public processes.

Everything a Clerk does should enhance the probability that they will be seen as impartial because it is through impartiality that fair and open government is maintained. Clerks are to be professional, non-confrontational, act with integrity, problem-solvers, issue-revolvers, mediators, advisors, and facilitators.

In summary, the Clerk is the local government official charged with ensuring that the people's business is conducted publicly and that the people have access to the records. The Clerk is the information source, provider, recorder, and record keeper. He/She serves as the liaison between the Council and the public, and above all is the guardian of democracy with fair elections, open meetings, and public records.

As you can see, the Clerk is charged with some of the most fundamental responsibilities associated with our government. Our office is committed to quality service, so please feel free to call on us and we will be happy to assist you.
​ 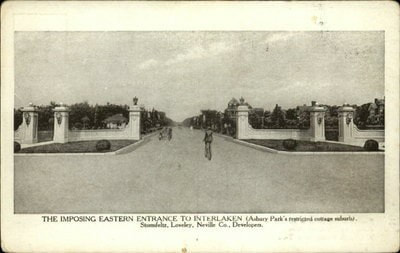